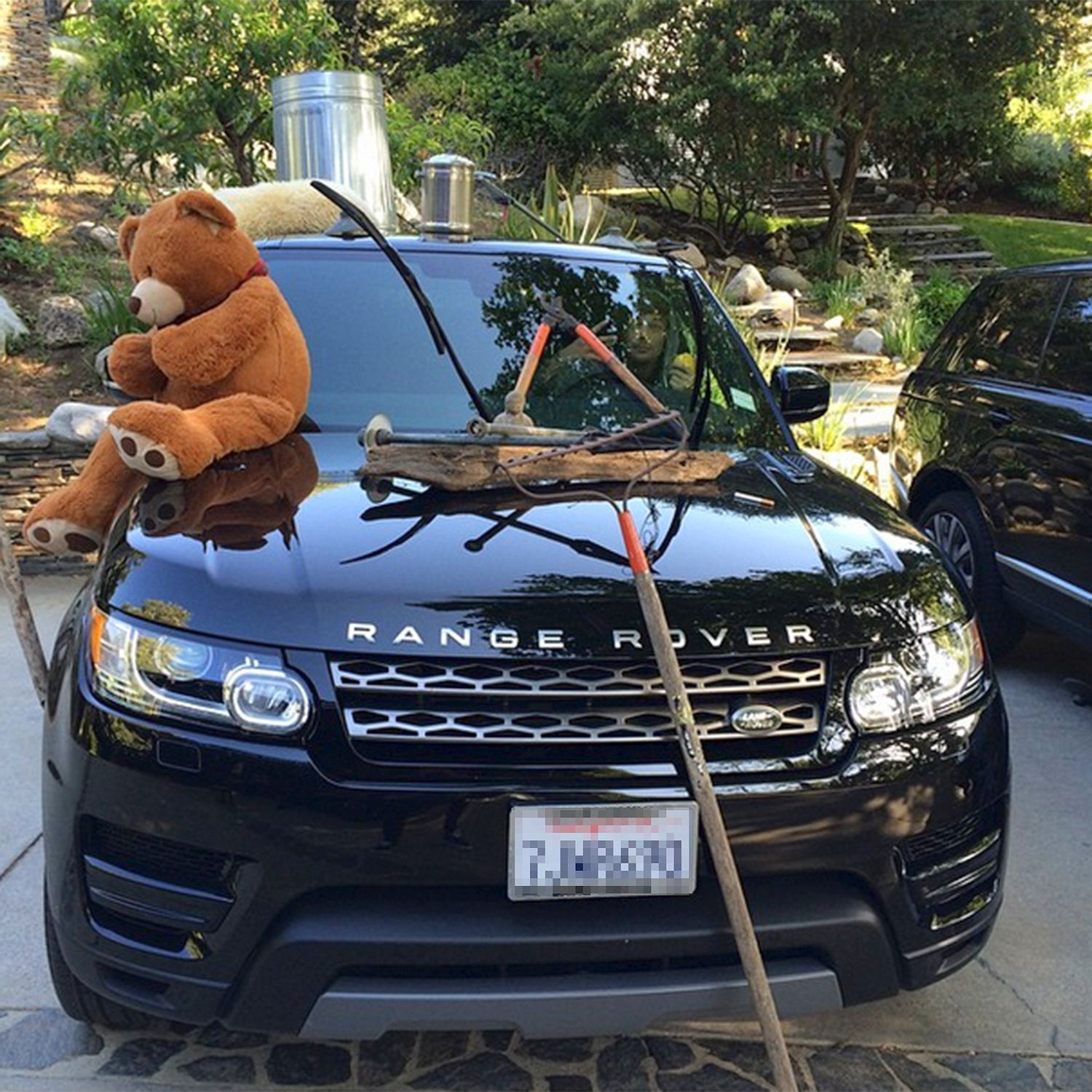 But their joke went wrong when Liam, 21, shared snaps of the car online with Niall’s registration number on show.

1D fanatics have already cottoned on to the gaffe, with the hashtag #OhNoNiall trending worldwide.

One, named @hoodsxftnjh, wrote on Twitter: “A massive thank you to Liam Payne for giving us the number plate of Niall’s car”.

Another joked that they were going to use Niall’s details to track down Harry Styles’ home address.

@blazecth posted: “By Liam posting Niall’s number plate we can easily track it and find Harry’s house good one Liam !!”

Liam posted three pictures on Instagram of Niall’s car littered with toilet paper, a giant teddy bear, a dustbin and an umbrella.

Louis who joined in the fun, was stood next to the vehicle with his thumbs up.

It’s not the first time Niall’s security has been placed at risk.

Last month, a 1D superfan gained access to his rented home in the US and took pictures of herself dressed in his clothes and stole his underwear.