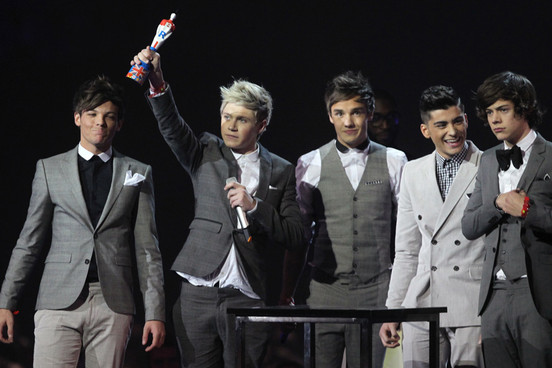 One Direction won worst band with Harry Styles picking up Villain of the Year at the 2013 NME Awards last night. The band would’ve probably preferred a repeat of their 2012 Brit Awards success instead.

One Direction were amongst the winners last night at the 2013 NME Awards – although they probably didn’t pick up they gong’s they were quite after.

The group picked up ‘Worst Band’ award which later provoked a reaction from Jake Bugg who recently started a feud with the band – read more here.

Harry Styles picked up the ‘villain of the year’ award. Its the second year running the band have picked up the worst band award – however, Harry Styles seemed to take his award on the chin and later tweeted ‘And thank you to @NME for my award tonight. Gotta take the rough with the smooth eh?”