LIAM Payne goes topless as he wrestles Harry Styles and squashes watermelon in his face in the trailer for the new One Direction movie.

Liam Payne and Niall Horan have been spotted topless in the new 1d 3D Movie out in the summer. 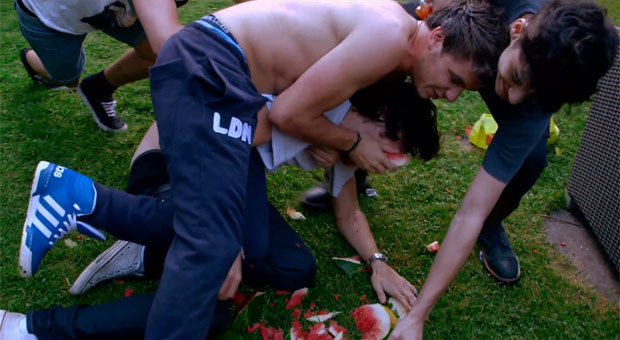 The one direction boys wrestling in their upcoming movie 1D-3D

Liam is wrestling with Harry Styles as he squashes a watermelon in his face. Niall strips off in a shirt-free recording session much to the amusement of fellow bandmate Zayn Malik !!

See the fill trailer of the movie below.

← Harry Styles Mocked by Taylor Swift at the Grammys
One Direction Dolls to be released by Hasbro! →