One Direction’s Liam Payne played a prank via twitter.

Liam Payne horrified One Direction fans by appearing in a photo with his face in bandages.

But fans fearful for Liam’s heartthrob looks were able to breathe a sigh of relief — when the group confirmed it was just a “joke”.

Meanwhile, Liam, 19, yesterday encouraged people to pre-order the band’s Comic Relief Red Nose Day single – a cover of Blondie’s One Way Or Another and Teenage Kicks which is out on February 17 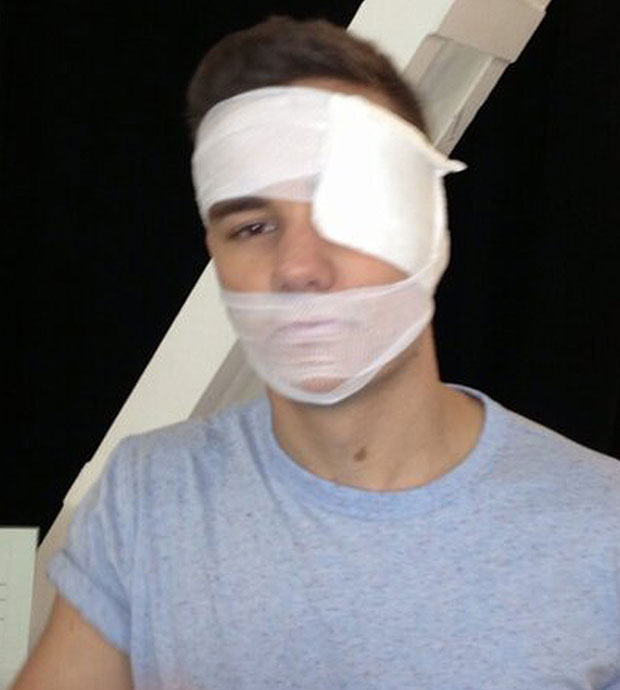 Picture Liam Payne of One Direction posted on Twitter triggering fans to be concerned.