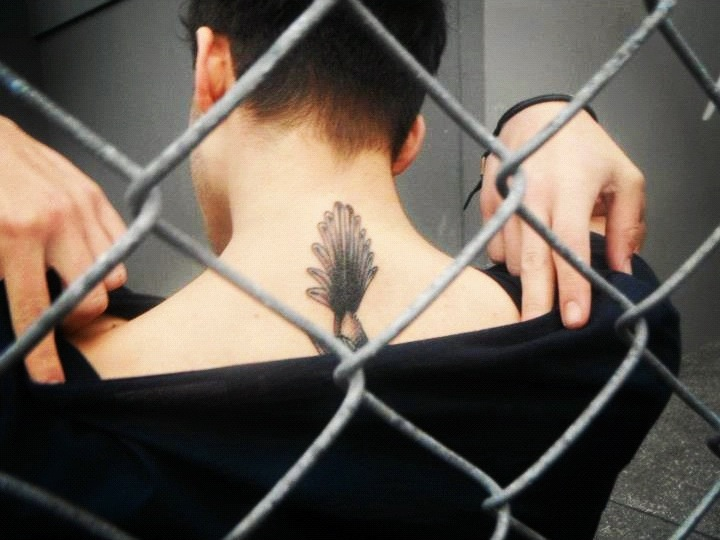 About a month ago Zayn Malik took a side trip to a local tattoo parlor to get some new ink while his band mates were off watching a Rugby match.  For the longest time the only photo we could drum up was him with the tattoo artist.  Well now we have an actual photo of his tattoo, a New Zealand Fantail, a small bird native to New Zealand that feeds on small insects.

This makes seven tattoo’s for Zayn including Ying and Yang symbol, fingers crossed on his forearm, heart on his stomach,  playing card with crown and initials ZM, saying “Be true to who you are” in Arabic on collarbone and also the word “Walter” in Arabic on his chest.

Check out a high-res image of the fantail tattoo below.