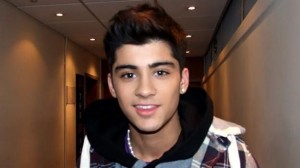 Stop the presses, Stop the presses Zayn Malik has quit Twitter.  Apparently Zayn is fed up with all the negative and abusive comments being thrown his way on Twitter.  As a result his 5 Million Twitter followers will have to look elsewhere for updates on his life and singing career.  In his last tweet Zayn says the following:

The reason I don’t tweet as much as I use to, is because I’m sick of all the useless opinions and hate that I get daily. Goodbye Twitter. Fans that have something nice to say can tweet me on the One Direction account.

Sorry to break this to you Zayn but I would get use to it as it comes with the territory of being a member of a highly popular boy band. Until he hops back on the Twitter train he has directed everyone to follow the One Direction Twitter account.