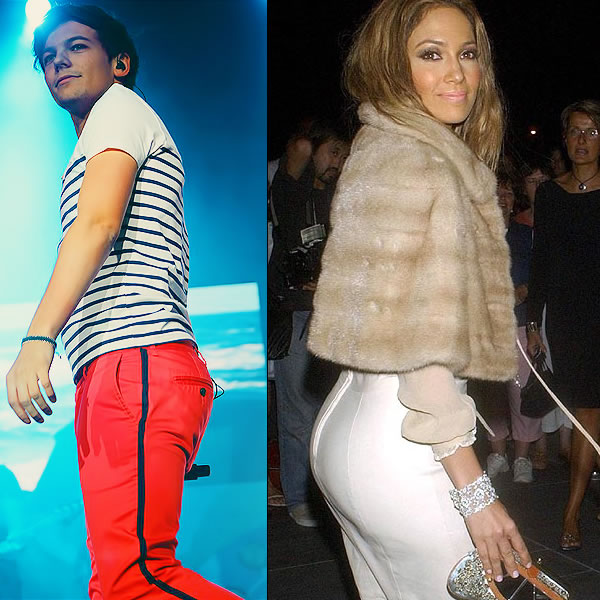 Its official, Louis Tomlinson and J. Lo. now have something in common, they both have their butt’s insured for a lot of money. My guess is J. Lo’s is insured for a heck of a lot more money than Louis’ poultry $160,000.

One Direction band mate Harry Styles let the news slip during rehearsals for their upcoming tour.  “Louis has insured his bum just like J.Lo. We support him and so does his family,”. You would think the first thing he would insure was his voice but than again I have not seen his bum.

← Video: One Direction sucks in some Helium for an Interview
Zayn Malik’s newest Tattoo is a New Zealand Fantail →