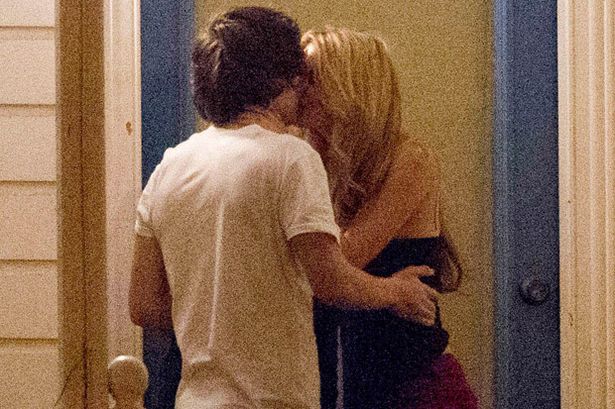 This past Thursday Harry Styles was caught kissing 18-year-old American model Emma Ostilly after a romantic date night in New Zealand.  The two are rumored to have met when One Direction filmed its video for their second single ‘Gotta Be You’ in New York this past year.  Harry just recently broke off his relationship with 32-year-old TV presenter Caroline Flack.  At least he is dating someone his own age.

← Zayn Malik adds another tattoo while in New Zealand
Video: One Direction Parody of ‘What Makes You Beautiful’ by Key of Awesome →