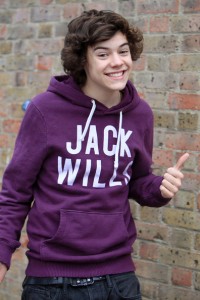 It has been made public that Harry Styles and the blonde haired blue eyed ‘Inbetweeners’ actress Emily Atack have split up.  Adoring fans who are mesmorized by Harry’s bushy hair can breathe a sigh of relief as Harry is officially back on the market.  Harry’s band mate Louis Tomlinson is the one who let it slip.  Seems like Louis is always letting the cat out of the bag about news involving his buddy Harry. 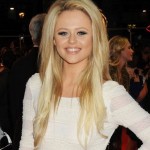 ← Video: Broadway cast lip-sync’s “What Makes You Beautiful”
One Direction kicks off North American tour at Mohegan Sun in Connecticut →